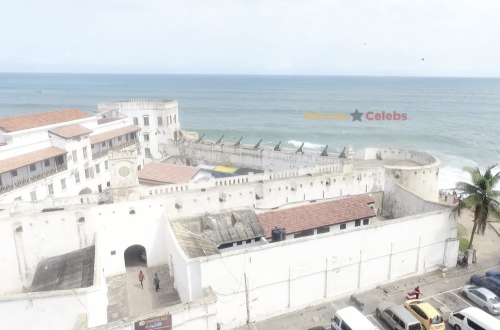 Slave Castles And Forts In Ghana

TBT: If you could take an all-expense paid trip to Africa.  Where would you go? One of the must visit places in Africa is Ghana.

There are so many historic places to visit in Ghana. Did you know that Ghana has more than 15 Forts and 3 castles? Even though they now serve as tourist centres, they are also a reminder of the dark horrific period in Ghana’s History. (The brutal atrocities, horrific killings, rapes and sheer hatred of the black people)

‘A people without the knowledge of their past history, origin and culture is like a tree without roots. I believe that imagination is stronger than knowledge.’ ~Marcus Garvey

Two of the castles can be found in the central Region, 1 at Cape Coast  called Cape Coast Castle and the another at Elmina St. George’s Castle or Elmina (Less than 30 minutes drive apart)

The last castle  is Christiansborg and is in the capital of Ghana, called Osu Castle (Fort Christiansborg). This use to be presidential seat after Ghana attained its Independence till 2013 when is was turned into a museum.

Cape Coast Castle was built in 1610 and is located in the Central Region of Ghana. The Swedes built the castle for their trade gold and timber purposes, however, it was later used as one of the slave castles.

During the slave trade, Cape Coast castle served as one of the most important location of the trans-Atlantic Slave.

Captured and kidnapped slaves were kept locked up in the dungeons until they were shipped to either the land of the unknown. (Europe or America)

Anyone wanting to trace their roots or where their ancestors came from must visit some of the Castles and forts in Ghana.

There’s so much history to learn and they have documented almost all the slaves names, their journeys and more….

Just like the Cape Coast Castle, Elmina Castle was also one of the slave castles. It was built during the colonial era by the Portuguese, Dutch and British. The first Europeans to arrive in Ghana (Gold Coast) were the Portuguese. (1471)

They started trading with the people of Gold Coast using a barter system, they brought items such as mirrors, guns in exchange for Ghana Gold and ivory

The built Elmina Castle in 1482. The architects were Diogo de Azambuja, and Luis Afonso

In addition to the 3 castles, there also over 15 Forts located in different regions in Ghana

The Portuguese were initially using the castle to protect their gold. Soon they started kidnaping the people of Gold Coast and sold them as slaves in Europe.

When the Dutch took over in 1637 from the Portuguese, Elmina Castle was used as a slave castle, they sold about 30,000 slaves a year for almost 250 years.

The British took over from 1867 until 6 march 1957 when Ghana attained independence Dr Kwame Nkrumah.

Today, the forts and castles in Ghana serve as tourism sites, however, the atrocities and inhuman act that took place during the era of our forefather will never be forgotten. Because is part of the dark history of Ghana.

‘We forgive but not forgotten‘~ Nelson Mandela

Anyone wanting to trace their roots or where their ancestors came from must visit some of the Castles and forts in Ghana.

In addition some of our  team members are originally from Cape coast (grew up and schooled there as well) and would be very happy to answer any questions about Cape coast or Ghana.

Osu Castle was built by the Danes, the Castle is the capital, Accra, Ghana 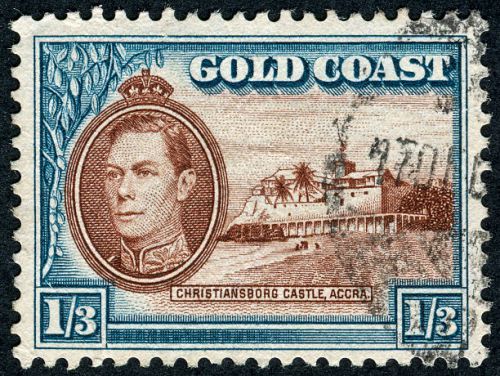