Qatar Airways, is expected to begin operations in Ghana from next month 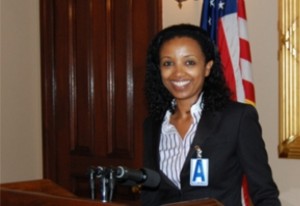 Ethiopian Mimi Alemayehou, is the second most powerful person at the Overseas Private Investment Corporation, [OPIC].  She worked in both President George Bush’s and Barack Obama’s administration. First nominated by President George W. Bush to be the United States director of the African Development Bank (AfDB), the Kenyan-raised has been tasked with the responsibility of a lifetime. In 2010 U.S President Barack Obama nominated Ethiopia-born Mimi Alemayehou as the Executive Vice President of the Overseas Private Investment Corporation (OPIC), the U.S. government’s development finance institution. She helps manage OPIC’s $16 billion war chest, channeling American capital to fund investment opportunities in emerging markets. Prior to her OPIC appointment, Alemayehou served as the United States Executive Director at the African Development Bank.

She is the founder of Trade Links Inc, a company that managed the U.S. Agency for International Development-funded project to help African Growth and Opportunity Act-eligible countries in the Common Market for Eastern and Southern Africa (COMESA) to increase their exports to the United States, a former program manager at the International Executive Service Corps., Director of International Regulatory Affairs at the Worldspace Corporation., graduate of West Texas A&M Unviersity and Tufts business school.

Being lucky is where opportunity meets preparation” is the motto Mimi Alemayehou lives by, and that’s evident in her hefty resume. Read more here.
Wow! What an inspiration!

Qatar Airways, is expected to begin operations in Ghana from next month