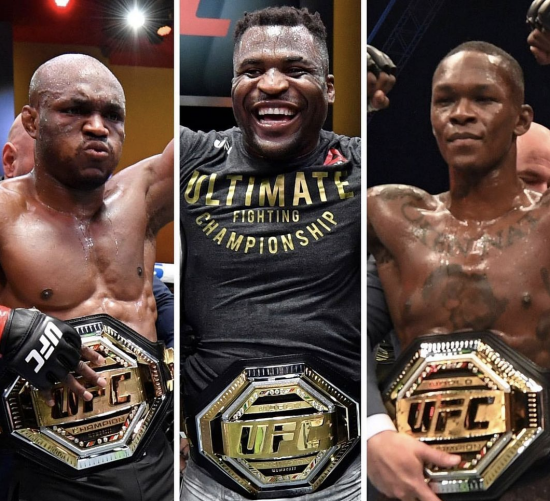 The African image has been projected on the map of mixed martial arts through the above greatest fighters hailing from the continent.

Nicknamed “the Nigerian nightmare” under the blessing of former Nigerian-American footballer Christian Okoye, Usman dominated his opponent UFC champion, Tyron Woodley in 2019 for the groundbreaking record as the first African born fighter to become the new UFC champion.

Born on May 11, 1987 in Nigeria, Usman grew up in Nigeria and then moved to Texas at age seven when his parent migrated to the US.

He began fighting in high school when he developed interest in wrestling.

He participated in several competitions at the prime of his wrestling career in high school where he placed third at the Texas State Championship.

Not looking back, he went through immense tutelage which saw him won a national title while in the university of Nebraska at Kearney in 2010.

Following couple of competitions after his first professional appearance in MMA in 2012, he qualified to join the ultimate fight in 2015.

Since then, he has been dominating in over champions like Michael Graves, Steve Carl, Haydar Hassan, Leaone Edwards all in 2015.

Usman defended his UFC welterweight title in 2020 but is set to have a rematch with his opponent Jorge Masvidal for the UFC Welterweight Championship in April 24.

The next to make Africa proud is Israel Adesanya, UFC Middleweight Champion.

When he was a little above nine years his parents traveled to Ghana and he spent close to ten months with his family in Ghana.

At the age of ten, his family moved to New Zealand.  After completing tertiary, he was inspired by the Muay Thai film, Ong-Bak and began a training in kickboxing when he was 18years.

He became a professional fighter in china and then moved to Auckland, New Zealand to focus on MMA at the age of 21.

There, he trained with upcoming UFC fighters like Dan Hooker, Kai Kara-France and Alexander Volkanovski. His first fight as a mixed martial artist was in 2012 which he  won against his competitors.

He officially joined UFC in 2017 and fought for the first time in February 2018 with Rob Wilkinson and won. In February 2019, he faced UFC former middleweight champion Anderson Silva and won.

Adesanya has been able to defend his title as UFC Middleweight Champion till now. Nonetheless, for the first time, he lost to Jan Błachowicz in recent match for the UFC Lightweight Championship in March 06.

He won against the long-time UFC defending heavyweight champion Stipe Miocic over the weekend in the second round of the main event.

The Cameroonian has been hailed by super stars across Africa for his immeasurable effort to bag the new title from his opponent. 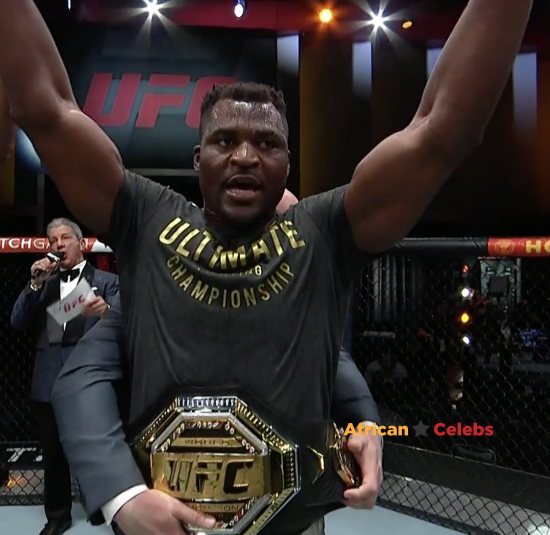 He then moved to France to develop his boxing skills but had to change to mixed martial arts after encountering MMA, Didier Carmont.  Ngannou was successful in almost all his fights when he started fighting as MMA in France…