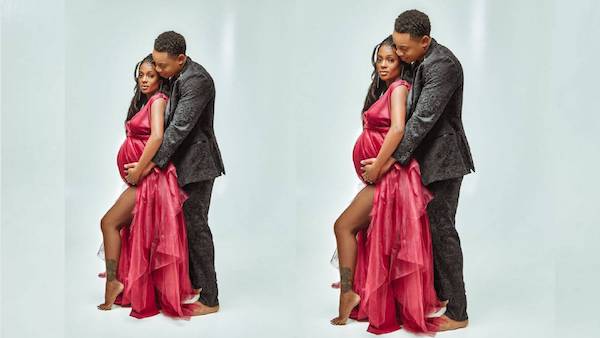 Rotimi and his wife Vanessa Mdee are expecting their 1st baby. Congratulations are in order!

Notable for her shows and hosting of public figures on television and radio, the successful Tanzanian singer and rapper making waves in the world of entertainment started as a Video Jockey at MTV for Tanzania. She became the first-ever MTV VJ from Tanzania following her win at the MTV Base VJ auditions in the nation’s capital, Dar es Salaam in 2007 when she was at the prime of her entertainment career.

A year later, she gained massive recognition globally and explored several opportunities around the African continent, U.S, and Brazil. She hosted multiple shows in Uganda, Kenya, South Africa, Nigeria, and Angola. She was also made to co-host the Coca-Cola Chart Express show at the time.

Her MTV engagement gave her the platform to work on the HIV project, Staying Alive Foundation under the auspices of MTV to promote a healthy sexual and reproductive lifestyle, especially among the youth, to prevent HIV and stay alive as a youth activist. Vanessa Mdee also joined the No More Malaria campaign intending to eradicate malaria deaths by 2015.

She is fashionable, and her unique personality and classy appearance earned her the MTV Africa Music Awards red carpet host for three consecutive seasons. In 2011, she began working with Choice FM, a branch in Tanzania where she hosted and interviewed artists under the show “Hitlist” and played Pop and R&B hits songs. She closely engaged world top entertainers including Rick Ross, K’ Naan, Ludacris, Stella Mwangi, Kelly Rowland, Dr. Sid, and a lot more in exclusive interviews on her show.

She also hosted the Hunters Oasis music festival, the Dume Challenge, and Epic Bongo Star Search. Alongside her entertainment shows were educative programs she hosted in collaboration with MTV‘s stay alive project and UNAIDS to create awareness on HIV and sensitize the youth on safe sex on her show, website, and addressing health-related issues like cervical cancer at conferences.

She led the Staying Alive campaign, which focused mainly on youth around the African continent in countries like Mali, South Africa, and Ethiopia. As part of her youth activist, which south to tackle issues relating to the youth, she joined forces with UN agencies focusing on youth to empower a lot of youth as a media personality at MTV. Her stay with MTV was worthwhile looking at the insightful and impactful initiatives she contributed to.

Officially, Vee Money commenced her music career in 2012 when she announced her collaboration with Tanzanian artiste, Ommy Dimples on the song “Me and You.” She then released her debut single and hit titled, Closer early the following year in January, which won her four Tanzanian music awards. The song was sold, air played massively, and topped many music charts for several weeks locally and internationally.

The greatest gift of all, THANKYOU JESUS for choosing us – it is a true true honor. We are overjoyed #BoyMom

She continued to release her next song, come over, which successfully gained her continental feat and gave her the platform to mount music festival stages, including Nigeria’s annual music festival with top-notch acts like Burna Boy, Banky W, and many more. Since then, she has released back-to-back hits such as Hawajui, Duet Siri, “Nobody But Me,” “Never Again,” “Niroge,” and a lot more while signed under the BHitz Music Group Team. She released her 16-track album, “Money Mondays,” in January 2018 and was signed by universal music group in July 2018.

In 2019, Vanessa Mdee and popular Power TV Series actor Ola Rotimi Akinosho, also known by his character name “Dre,” disclosed to the public their romantic journey by posting pictures they took together on their various social media pages. They were then spotted together in programs and videos until December 2020. The duo got engaged privately. Ola Rotimi confirmed via his IG page in a post displaying the diamond ring placed on Vanessa Mdee’s annualry accompanied by a lengthy emotional caption. She added she said yes!

The couple have again announced to the world their journey of parenting as they expect a prince, which reveals the gender of the unborn baby. Vanessa Mdee and Rotimi posted baby bump photos on their IG page, respectively, confirming their bundle of joy. Congratulations to Vanessa Mdee and Ola Rotimi.