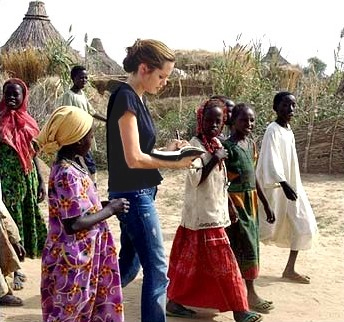 Congrats! The 2019 African Cup of Nations is heading to Cameroon

Angelina Jolie is to direct a new film about the celebrated palaeoanthropologist and conservationist Richard Leakey, and his battle to save the elephants of Kenya from the illegal ivory trade.

The film, Africa, has been penned by Eric Roth, the screenwriter behind Forrest Gump.

Leakey, who is the son of the famous anthropologists Louis and Mary Leakey, is the former head of the Kenya Wildlife Service, and is known for taking a hardline stance against the country’s poachers. Working with Kenya’s then-President, Daniel Arap Moi, Leakey spearheaded the creation of armed anti-poaching units, authorised to shoot poachers on sight.

He made international headlines in 1989, after a stockpile of 12 tonnes of ivory, worth an estimated three million dollars, was burned in Nairobi National Park.

In recent years, Leakey has continued to campaign against the slaughter of African wildlife, founding the charitable organisation WildlifeDirect, which provides support to conservationists working in Africa.

According to BBC News, the project is a very personal one for Jolie.

“I’ve felt a deep connection to Africa and its culture for much of my life,” said the actress, director and human rights activist, who describes Africa as a film about “a man drawn into the violent conflict with elephant poachers, who emerged with a deeper understanding of man’s footprint and a profound sense of responsibility for the world around him”.

Congrats! The 2019 African Cup of Nations is heading to Cameroon