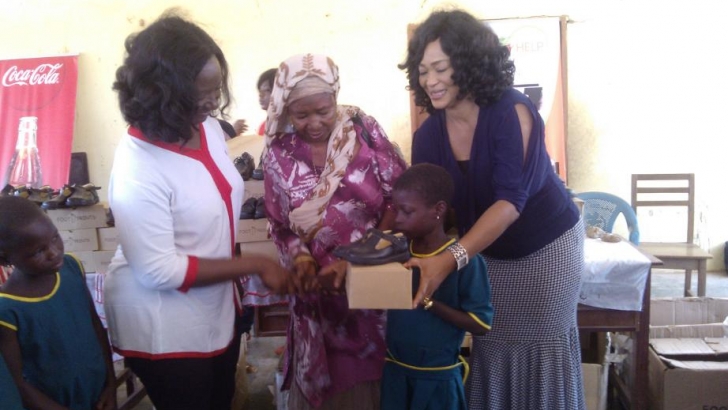 The Kalsoume Sinare Foundation (KSF) in partnership with Coca-Cola Company recently distributed over 2,000 shoes to school children in ten selected schools in the Northern Region off Ghana to encourage the less privileged to remain in school.

Kalsoume Sinare, explained that the aim of KSF was to ensure that children who could not afford to be in school due to poverty were supported with uniforms; and indicated that the shoes were given because without shoes children were susceptible to the heat and other dangerous materials on the ground.

She noted that as an indigene of the north, she knew the problems poor children faced and how some of them were socially excluded, hence the need to partner Coca-Cola Company to address some of the bottlenecks confronting education in the area.

The Obamas are celebrating 22 years of marriage. Happy Anniversary!