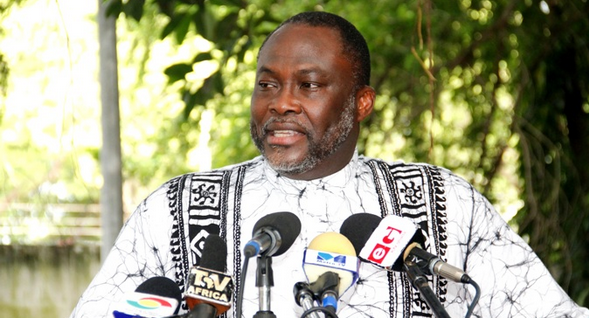 Dr Ekwow Spio-Garbrah, said the government is committed to promoting Social Enterprises, to create jobs for the citizenry and enhance economic development, as well as address social and environmental problems.

He said in addition to government’s efforts; the private sector also has the responsibility to contribute to the promotion of trade and industry.

Dr Spio-Garbrah made these remarks in Accra during a Social Enterprise Policy Dialogue, under the auspices of the National Development Planning Commission (NDPC) and the British Council.

He mentioned finance and skills of staff, as some of the problems facing Social Enterprises in the country, and said they must be resolved.

He announced that with the blessings of the Education Ministry and the Ghana Education Service, the African Business Center for Developing Education, an international NGO, dedicated to bridge the gap between industry expectations and education in Africa by bringing corporate knowledge and experience into classrooms, would soon organize events in schools for students to prepare them for the real world of work.

At the policy dialogue, a new report commissioned by the British Council and conducted by Overseas Development Institute dubbed ‘The Social Enterprises Landscape in Ghana’ was unveiled.

The report provides an ‘aerial’ view of the financial, perceptual and social climate that has so far contributed to the evolution of social entrepreneurs and their organisations.

The report indicates that the terminology ‘Social Enterprise’ which refers to businesses that pursue social impact and profit to varying degrees, is scarcely ever used by government, donors or businesses in Ghana even though the industry exists.

According to the report, ‘in terms of a need to address social challenges, there is no shortage of opportunities for Social Enterprises.’

Dr Nii Moi Thompson, the Director-General of the NDPC, said Social Enterprises also seeks to avoid the over exploitation of works by their employers.

He announced that the Commission would soon come out with a new long term national development agenda which would be acceptable to Ghanaians.

He said the new national development agenda would be in line with the African Union Agenda 2063; which among other things seeks to link rails from Dakar in West Africa to Lusaka in East Africa.

Liliana Biglou, the Director of the British Council in Ghana said globally, the United Kingdom is one of the leading countries in the promotion of Social Enterprises and would continue to support other countries in this endeavour.

Mr William Hanna, the Head of the European Union Delegation in Ghana during panel discussion said the Union would continue to work with Ghana Government and labour to provide an efficient Social Protection and Enterprise Systems in the country.