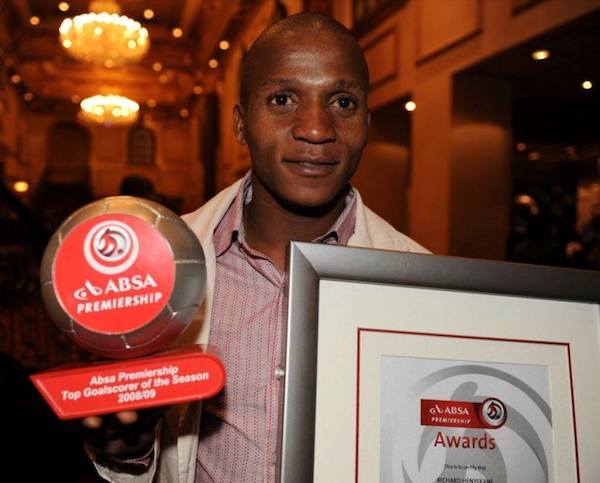 ‘The 31-year old player died in a car accident in the early hours of Tuesday morning (7 March) when he was involved in a tragic car accident. He was with four other people in the vehicle.

‘His death comes just five months after the passing away of his brother Joseph Henyekane, himself a former professional footballer.’

“Another soldier has fallen. Richard’s death comes at a time when we were not really done grieving the passing away of his brother Joseph. SAFA would like to send out our deepest sympathies to the Henyekane family for their heartbreaking loss. We can never know how much pain you are in but just know that you are in our prayers and we ask that the Almighty grant you strength in these trying times,” said SAFA president, Danny Jordaan who is in Cairo, Egypt attending a CAF Congress.

“Sadly, Richard’s death comes at a time we are still trying to come to terms with the death of another prominent figure, Minister Collins Chabane in another car accident; this is devastating.

“While we don’t know yet full details of circumstances surrounding Richard’s tragic death, the message to all is be careful on the roads; be extra vigilant. We are losing our people in this fashion at a rapid rate – we need to do something. May his soul rest in peace.”

The Kimberley Express, as Henyekane was fondly known, played his last match for Stars as a substitute on Saturday with the club losing 1-0 to AmaZulu at Moses Mabhida Stadium.

He scored his last goal in a 1-1 draw against Orlando Pirates at Charles Mopeli Stadium last year in May.

In the 2008/09 season, Henyekane won the Absa Premiership Top Goalscorer Award with 19 goals.

He made nine appearances for Bafana and was once on the books of Mamelodi Sundowns and Lamontville Golden Arrows.

Our Thoughts and Prayers Go Out To Henyekane’s Family