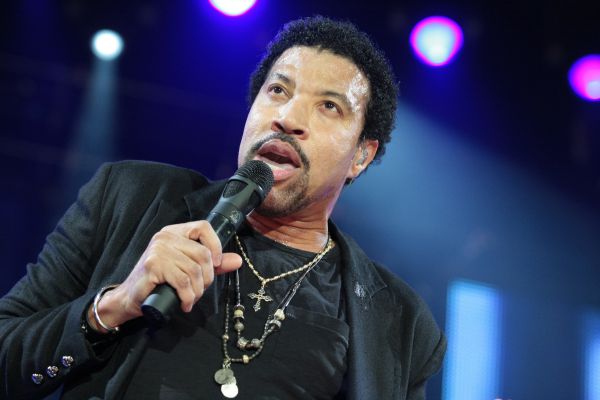 American music legend and American Idol Judge Lionel Richie is a year older today. Join us in wishing him an awesome birthday!

The longest serving music icon and television personality celebrated his 72nd birthday on Sunday June 20, 2021 which also happened to be Father’s Day.

Whiles celebrating his father, Lionel Richie Snr. on his social media pages, he received double of the admiration from family and loved ones as a birthday celebrant and Father’s Day salutations.

He spent quality time with his family and was also well celebrated by fans and lovers across the globe. The children of the singer and songwriter gave him remarkable reasons to smile and feel so special by appreciating and celebrating their father with a cake made in his likeness.

A picture of his children happily admiring the birthday cake was displayed on the Instagram page by his youngest daughter  Sofia, with a  Father’s Day message at the comment session. Also, several pictures from the birthday celebration was posted on the daughter’s timeline to honour the musician.

America’s famous morning show, Good Morning America (GMA) also compiled a video that featured couple of videos of the singer’s music which included his hit song ‘all night long’ in celebrating the superstar on his special day.

Born on June 20 1949, Lionel Richie grew up in Tuskegee, Alabama in the united states of America. He started developing his passion for music in his early years whiles he was in college.

He co-founded a renowned R&B band dubbed, the Commodores where he wrote a lot of hits songs for the band. Some of the songs include, “Easy”, “Three Times a Lady”, “Still” and others in 1968.

He then introduced himself as a solo artiste around 1982 releasing his first solo album, Lionel Richie comprising of his major hit single, “Truly.” He was the co-writer of Michael Jackson’s “We are the world”.

Lionel Richie is one of the music icons in America and has been relevant in the music industry since his recognition. He’s produced a lot of hits and received several awards for his innovative flairs. He’s got in his possession, a total of ten studio albums, four live albums, seven compilation albums, and 42 singles.

He has won several Grammies alongside with other prestigious honours for his amazing contribution in the world of entertainment. Currently he serves as a judge for the singing competition platform American Idol.

Join us in celebrating this Living icon!