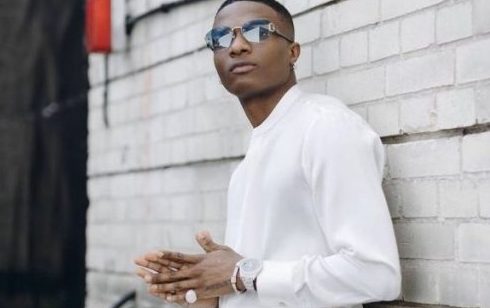 The Nigerian afrobeats god Wizkid is a year  older today!  Join us in wishing him  an awesome day!

The world is celebrating one of the greatest superstars to emerge from Africa, popularly known in media circles as Wizkid or Starboy on his 30th birthday today.

A lot of birthday blessings have been declared on the super talented music icon’s live as he turns up today with another glorious year.

Late in June, Starboy revealed that, he was set to drop his number 4 studio recording album on his birthday, July 16, 2020 after waiting for almost 2 years since he made mention of the upcoming album.

According to the multiple award-winning artist, his album which is dubbed, ‘Made In Lagos’ will have multiple heavyweight artistes featured on it for an exclusive tune.

Early hours of his birthday, the “holla at your boy” hit-maker, released a new single titled, SMILE featuring H.E.R. the single is an excerpt from his album which is yet to be released today.

Fans have anticipated for long on the Made in Lagos album and can’t wait for it to be finally dropped.

Wizkid is one of the artistes celebrated globally due to his commitment in the music industry and collaborations with top-notch international artistes.

He has won the hearts of many music lovers since his presence in the industry, as a result, he has amassed huge followers and loved ones worldwide who enjoys his style of music.

With a lot of international collaborations, Wizkid made a remarkable turnout with his verse when he was featured on Canadian rapper, Drake’s “One Dance”.

He has worked with a lot of acts both locally and internationally and has mounted reputable and huge platforms to perform with high-class artistes around the world.

Wizkid is regarded as one of the successful artist in African and can boast of countless awards in his name other business endorsements and many more achievements.