Angola’s wildlife and nature suffered a lot from mining activities as well as poaching and hunting. That’s why; the national parks in the country are currently uninhabited.

The Royal Family has been incredibly supportive of reviving the wildlife in Angola decades ago. It was Princess Diana, who initiated a campaign.

She first visited Angola and walked through a dangerous minefield to emphasize the damage done on nature by the mining. Following this, she was preparing to sign and establish an International Treaty to ban mines.

Unfortunately, she died in a car crash before doing so.

Now, Prince Harry has decided to follow his mother’s cause by providing support for an initiative. With the help of the Duke of Sussex, the Angolan government is planning to invest 47 million pounds in clearing the mines in the southeast of the country.

The wildlife in that area is currently still under threat due to the undiscovered minefields. 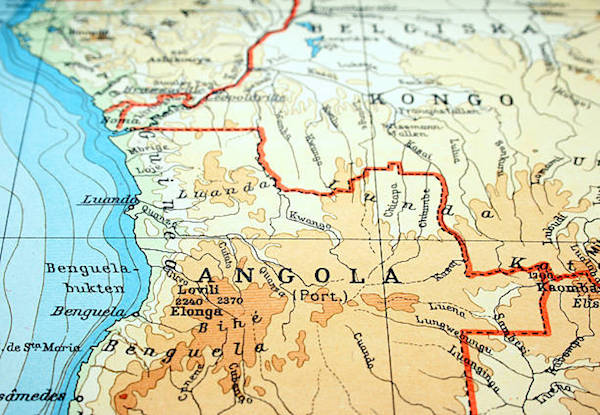 In 2013, Prince Harry paid a visit to the Mavinga and Luengue-Luiana National Parks and found out more about the underlying threat.

This was even criticized by some who believed that he was overly involved in African politics. Objecting this criticism, he stated,

“Let’s not forget, land mines are a humanitarian issue and not a political one”

during the think tank at London’s Chatham House.

He was not only shaken by the fact about the landmines but also because of the poverty of the people. The long-lasting civil war led to massive damage to Angola.

Although the civil war ended in 2002, the thousands of landmines continued to spread terror.

The accidental landmine explosions caused thousands of human and animal casualties while destroying just as many houses.

Ever since Princess Diana’s death, the financial aid towards the demining process has declined by 90%. Seeing the necessity to increase the contribution, Prince Harry decided the transfer the fund through the charity project HALO dedicated to demine African countries and empower agriculture and tourism.

Paula Coelho, Angola’s minister of environment, is planning to use the fund to clear over 150 minefields located in the Cuando Cubango province.

Prince Harry says that the southeast area is the prioritized demining region because it is part of the Angolan Okavango that boasts a massive wildlife population.

The animals, especially lions and elephants, are still in great danger due to the minefields.

In addition, the area is home to critical waterways that could get wiped out if not demined quickly.
The HALO initiative is currently in the process of locating the landmines.

According to HALO, there are approximately 1155 minefields to clear, which are expected to be completely cleared by 2025.

THE DRAKE CURSE IS FINALLY OVER