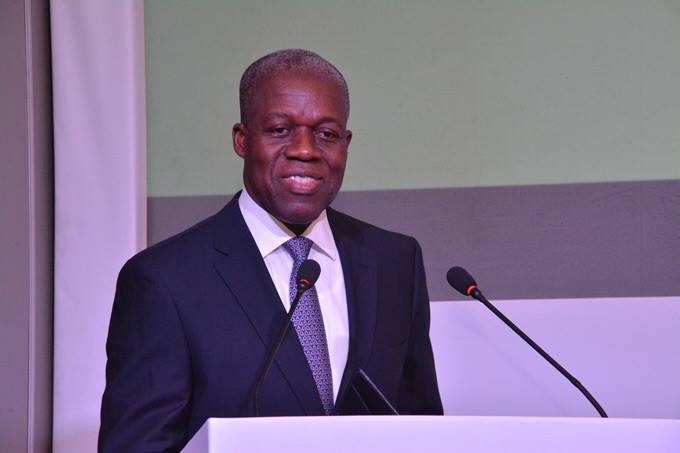 RIP Paa Kwesi Amissah Arthur!  According to reports, EX Vice President of Ghana, Paa Kwesi Amissah Arthur collapsed at the Air Force Gym this morning and was rushed to the 37 Military Hospital where he was sadly pronounced dead.
The sudden death of the late VP, has left most Ghanaians is a state of shock. The President of Ghana Nana Addo Dankwa Akufo-Addo took to his Facebook page with the message below

”I have learnt with shock and great sadness the sudden death of the former Vice President of the Republic, His Excellency Paa Kwesi Amissah Arthur. He has been a longstanding public servant, who discharged his duties with dignity. The news of his death is unfortunate, since he appeared to have a lot to contribute to the public life of our country.

My thoughts and sympathies are with his wife, children and family. I extend my deepest condolences to them, and also to the former President of the Republic, His Excellency John Dramani Mahama, and to the National Democratic Congress, of which the former Vice President was a prominent member. Ghana has lost a fine public servant.

Beyond The Return – The Diaspora Dividend…

U.S. Embassy In Ghana Debunks Fake Stories About ‘Ghanaians Spending 30 Days In USA Without A Visa’