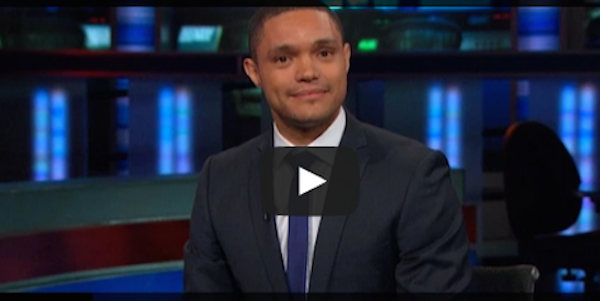 Noah 31,  first  joined the show back in December and he has now been confirmed to take over as its host after only three appearances on the program, according to The New York Times. It is believed that no specific date has been given yet or the departure of  Jon Stewart even though he announced that he will be leaving the show in February.

Jon Stewart gave his seal of approval by saying  “I’m thrilled for the show and for Trevor,”….”He’s a tremendous comic and talent that we’ve loved working with.” he also  added that he  “may rejoin as a correspondent just to be a part of it!!!”

Noah joked that   “You don’t believe it for the first few hours,”

We can’t wait for his first official appearance! Well done!