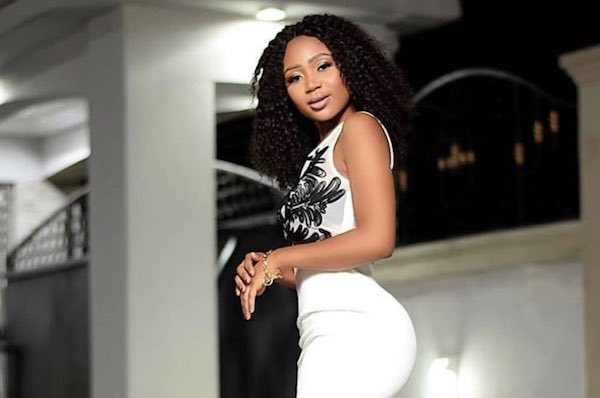 Akuapem Poloo who is also known as Rosemond Alade Brown, is a Ghanaian based actress, video vixen and a brand ambassador.

She is popularly known for her acting, sexy honey and social media.

The internet sensation actress is mostly underrated by a lot of people and some Ghanaian Celebrities.

Nonetheless, she’s all out making her way through the entertainment industry and it seems the “trolls” and “shades” doesn’t really get to her.

The actress recently released a music video of her song dubbed, “Sexy Poloo” which was out in 2019 under “TNR Music” record label.

The song, which is her first ever, had her label boss Tic and label colleague Tayst featured on it.

Following the release of her music video latter in January, Poloo was granted an interview in order to officially promote her music.

She made the public aware she is fully in for the music industry and that, Ghanaians should without for her.

In an interview with a Ghanaian Television Station “TV3”, the actress after being interviewed was expecting the TV station to play her music, however, that didn’t happened.

Unfortunately for the singer, the host made her dance to a different song from another artiste without playing hers.

This actually got her very emotional which she took it to her social media page expressing her disappointment in TV3 for not promoting her song.

A lot of people who commented on her reaction also raised their concerns on how she’s not being treated fairly in the industry due to the negative perception about her.

They further expressed their maximum support to the actress and wished her well as she journeys into her singing career.