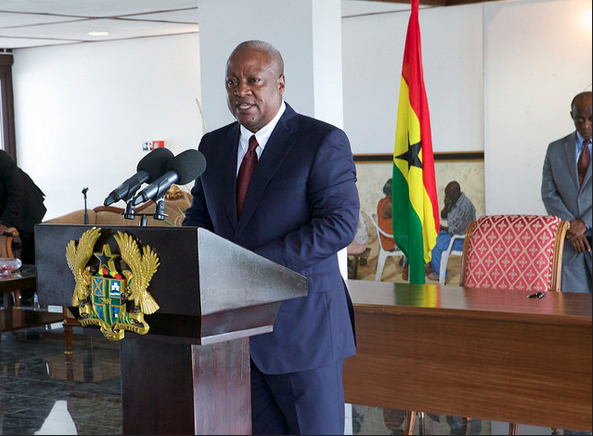 The Government of Ghana has signed a deal with Italian oil giant, ENI and Vitol for the production of about 180 million cubic feet of gas.

The signing comes after a negotiating team made up of officials of the Ministry of Energy & Petroleum, Ministry of Finance, the Ghana National Petroleum Corporation (GNPC) and ENI Exploration, operators of the offshore Cape Three Points (OCTP) block concluded talks to allow ENI commence production of gas.

Speaking after the signing ceremony at the Peduase Lodge in the Eastern Region, President John Dramani Mahama described the deal as a landmark agreement and said the power expected to be generated will tremendously support Ghana’s current power situation.

He said the discovery of oil in Ghana has “been worth it and I’m sure that we are all looking forward to eventually seeing the product of this fuel come on stream.” 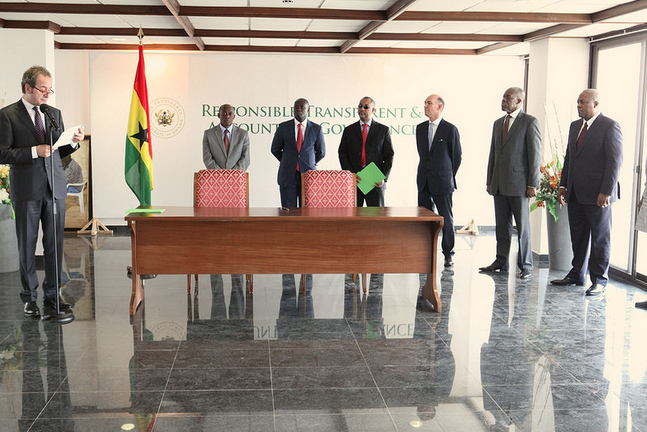 “This current agreement that has been signed for the investment of Offshore Cape Three Point is to the tune of 7 billion dollars and that is about 12 percent of the total 53.50 billion dollars so it probably will be the single largest investment that is being made in an African country in this particular year,” President Mahama added.

He said the project will add “an additional 1,100 megawatts of power for Ghana” saying, “that is more than Akosombo because Akosombo is 1,020 megawatts.”