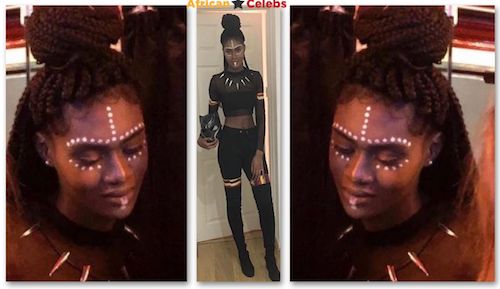 GHANA TO SUE THE PRODUCERS OF BLACK PANTHER

Black Panther has been one of the most groundbreaking movies of the decade without a doubt. It was challenging the white dominated nature of the previous Marvel movies.

Although it was met with universal acclaim, the producers had to deal with several cases of legal actions. The major complaint recently came from Ghana.

Those who watched the movie will remember that kente was found largely on King T’Challa’s black robe. Kente is a traditional shiny textile with bright colors.

The Ghana National Folklore Board

The Ghana National Folklore Board made an official statement that the producers of the film used Kente – a traditional fabric in Ghana – without permission. Although use of Ghanaian fabric and other products is not strictly prohibited for personal use, this was definitely not the case for a movie that had a net income of more than one billion USD.

According to an interview with the Acting Director of the Board Nana Adjoa Addonea Asante, any use of this fabric required permission due to the copyright laws regarding commercial use.

Although they are preparing documents for legal action, they also indicated that they were willing to have meetings with Marvel Studios to negotiate with them about the legal use of the fabric. So they haven’t submitted any document to file a complaint yet.

This isn’t the first time that the National Folklore Board raised concerns about Hollywood’s use of Ghanaian products.

There is already an ongoing case against the famous Italian Fashion Designer Velentino Garavani who commercially used the Ghanaian Royal sandals in his works with permission.

In addition, the producers of the TV show American Gods are in trouble because of the misrepresentation of a folkloric character.

It seems that even the biggest productions can suffer from the consequences of their negligence. The reaction of the National Folklore Board also shows us the importance of copyright laws especially when it comes to the use of a national product.

We look forward to seeing how the conflict between the Black Panther’s producers and the Ghanaian authorities.