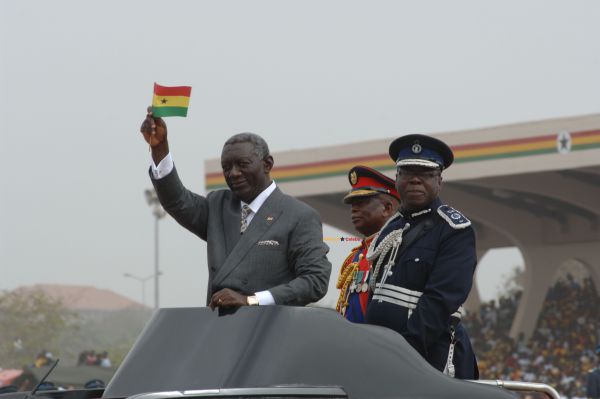 Former flagbearer of the New Patriotic Party (NPP) who served as president of the republic of Ghana from 2001 to 2009, His Excellency John Agyekum Kufuor, marks his 82nd birthday today, December 08, 2020.

The special day of the former president comes exactly after Ghana’s general elections on December 07 this year.

Despite the nation’s major focus on the general elections, the people of Ghana including party members and loved ones of took some time off their busy schedules and celebrated president Agyekum Kufuor.

Agyekum Kufuor completed his secondary education from Prempeh College, one of the best and renowned secondary schools in Ashanti region, Ghana.

He later joined the honourable society of Lincoln’s Inn, one of the greatest institutional body of lawyers and judges in the United Kingdom where he pursued law and became a certified barrister. He was called to bar in 1961 in London.

In the year 1962, he was called to bar in Ghana but left for the UK to obtain a master’s degree in philosophy, politics, and economics from the Oxford University and Exeter College from 1961–64.

Same year president Kufuor completed his master’s degree, he got employed at the Ghana Commercial Bank in London where he worked as a Manager and Legal officer.

He worked for only a year at the bank and relocated to Ghana to start his political career at the age of 27.

He started as the chief legal officer and town clerk for the city of Kumasi from 1966 to 1969.

Following his service to the people of Kumasi, he was selected as a member of parliament and deputy foreign minister under the administration of Kofi Abrefa Busia from 1969 -72 and from 1979 to 1981.

When Abrefa Busia was overthrown by Jerry John Rawlings during his brutal coups, the former president Kufuor at the time served as the secretary for local government but resigned in less than a year before his term expressing his disappointment in the governance of Rawlings.

In the year 2000 he was selected as the party’s flagbearer and won the national elections on a runoff elections.

He was peacefully sworn into office in 2001 and his government served Ghana emphasising on the improvement of the country’s economy, health and educational systems.

He received a lot of accolades for his immense support to Ghana and Africa at large.

Former president Kufuor was appointed the chairperson of the African Union from 2007–08.