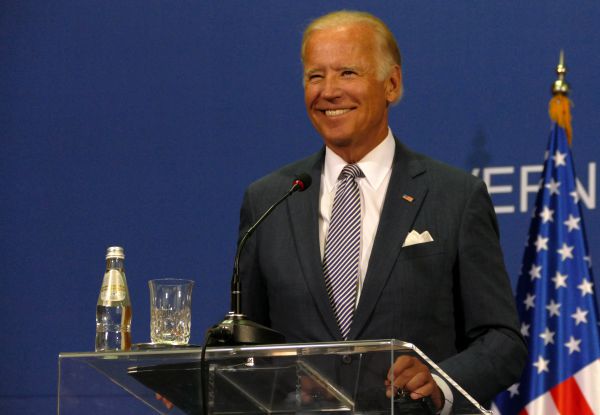 ‘There Is A Time For Everything’  Ecclesiastes 3

Finally, the waiting is over and Joe Biden emerges the winner and makes a ground-breaking record in the history of America with his comfortable lead against incumbent government led by President Donald Trump in the just ended US presidential elections, making him the soon to be 46th president of the United States of America.

Congratulations are in order! President- elect Joe Biden set to become the 46th President of the United States

President Joe Biden will serve the US with Senator Kamala Harris who also happens to be the first female and black Vice President in the political history of the United States of America.

The victory of the newly elect president Joe Biden has received celebrations from a lot of Americans and most importantly the people of colour across the country.

People are still in the mood of jubilation in major cities of the states including the capital city where Mr, Joe Biden will be officially sworn into office in January 2021. 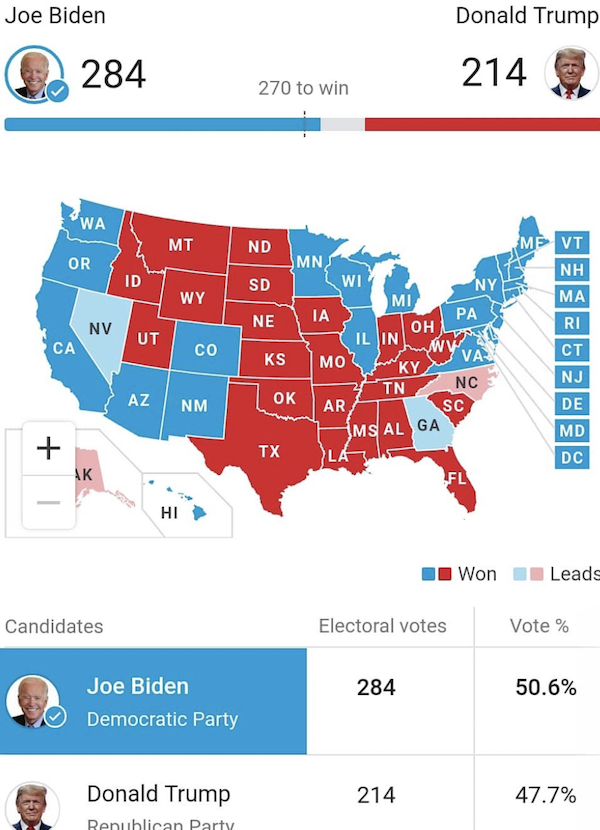 ‘America, I’m honored that you have chosen me to lead our great country. The work ahead of us will be hard, but I promise you this: I will be a President for all Americans — whether you voted for me or not. I will keep the faith that you have placed in me.’~ Joe Biden 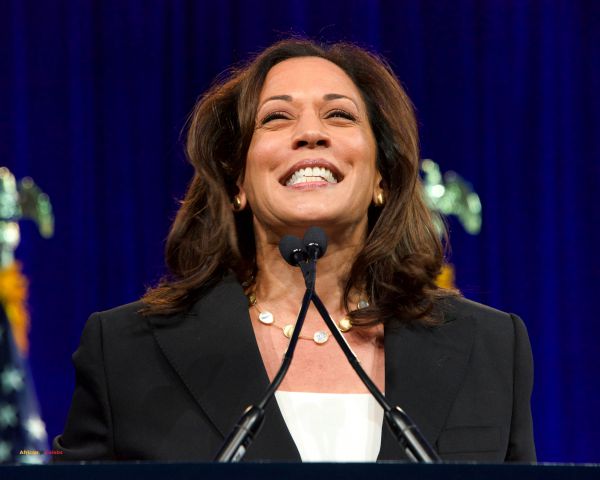 According reports, Mr Joe Biden aged 78, becomes the oldest to serve as the president of the United States of America and the first amongst US presidential candidates to receive a total vote of about 75 million against his opponent Donald Trump’s 70.3 million in the history of America.

Mr. Joe Biden and his vice, senator Kamala Harris is expected to address the nation later on Saturday after their remarkable milestone.

Joe Biden said in a tweet after the successful defeat against the Republican party led by Donald Trump that he was delighted in the fact that Americans supported his vision and voted for him and as a matter of fact, he’s going to be the president for all despite the hard work ahead of his presidential journey.

He also called for peace, unity and healing. 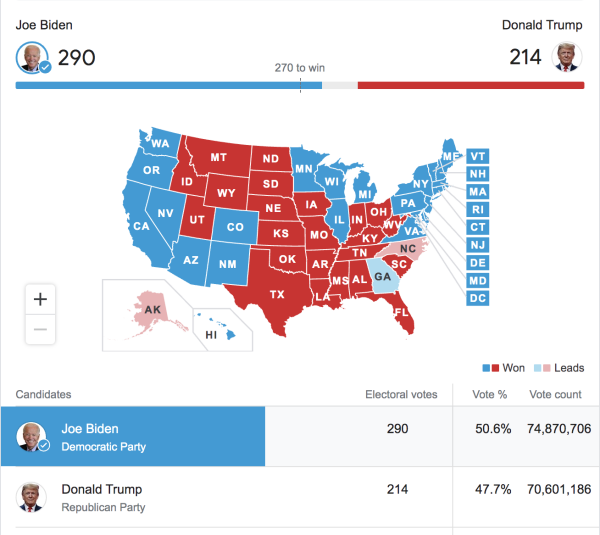 Senator Kamala Harris also stated in her tweet that “This election is not solely centred around her and Joe Biden rather, it is about the soul of America and the eagerness to fight for it”. …, “We have a lot of work ahead of us. Let’s get started.”

Mr. Joe Biden served as vice president to Barack Obama in 2009 who became the 44th and the first black American president to hold the nation’s highest office.

He also becomes the first candidate to beat an incumbent president in 28 years following Bill Clinton’s successful defeat against George H.W. Bush in 1992.

President Trump on the other hand who was declaring victory in the early hours of the election is now claiming of election fraud and has suggested that he won’t concede and has called for the U.S. Supreme Court to intervene as his campaign challenges the results in court. 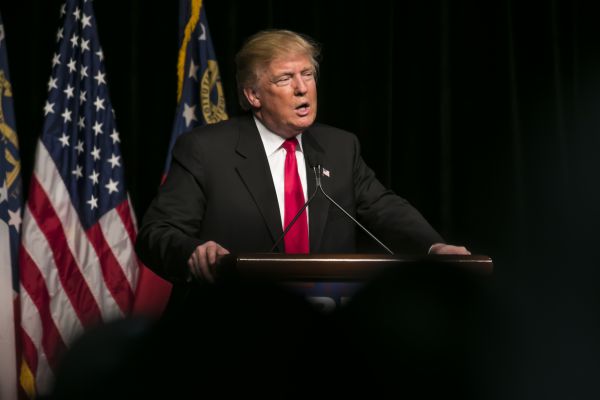 “The simple fact is this election is far from over,” “Beginning Monday, our campaign will start prosecuting our case in court to ensure election laws are fully upheld and the rightful winner is seated.”

However, it’s not clear which legal pathway for the justices will get involved because Some Trump campaign proceedings have already been rejected at the local level…