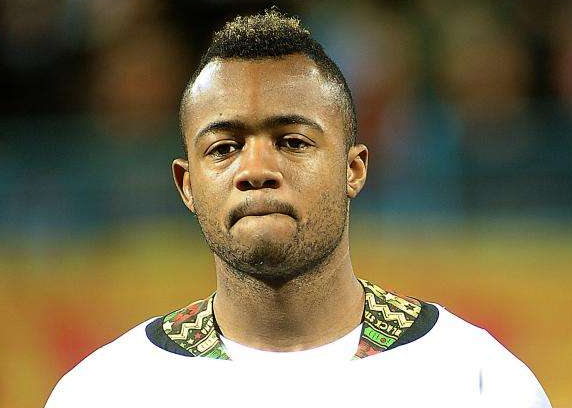 Ghana coach Avram Grant has left out striker Jordan Ayew and impressive defender Daniel Amartey from his starting line-up to face Guinea in the quarter-final of the 2015 Africa Cup of Nations on Sunday while Kwesi Appiah gets his first start in Africa’s flagship competition.

The Israeli coach maintained most of the players who helped the Black Stars secure the important 2-1 victory over South Africa last week as they seek to defeat the Sylli Nationale to reach the semi-final of the tournament in Equatorial Guinea.

Appiah, a surprise call-up into the Ghana squad having excelled with English fourth tier side Cambridge United, will start in attack alongside Asamoah Gyan who had partnered Jordan in previous matches.

The younger Ayew’s inability to score goals look to have led to the decision of the coach to opt for Appiah instead of the Lorient striker who has been rated as one of Ghana’s best runners in this tournament.

Amartey, who suffered a knee injury in Thursday match against South Africa, looks not to have fully recovered from that problem which resulted in the decision to start John Boye who now regains the position he lost to the FC Copenhagen youngster.

Boye came on as a substitute in the match against Bafana Bafana and got the crucial equaliser that helped the Black Stars to rally from a goal down to win the match.

Goalkeeper Razak Brimah maintains his place while Harrison Afful and Baba Abdul Rahman will also retain their right and left back positions respectively.

Ghana are seeking a win to steer them to the semi final for the straight fifth time in Africa’s flagship competition.

Indian woman confronts her molester on a flight and records …