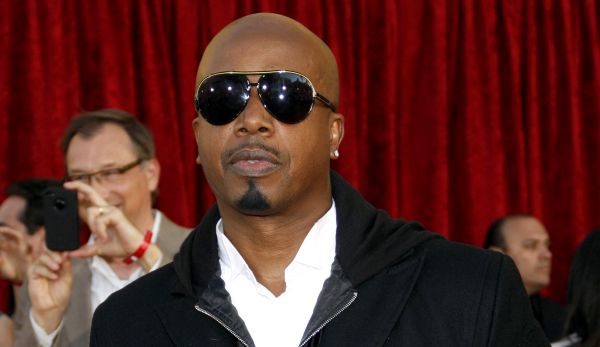 ‘Stand up for what is right even if it means standing alone.’ – Suzy Kassem

In a leaked audio from the invite-only app Clubhouse Dinner Party by Felicia Horowitz, wife of Silicon Valley billionaire Ben Horowitz to celebrate Hip Hop and Technology, the discussion seemed to be going in the wrong direction, when MC hammer stepped in to set the record straight.

When Terry Crews started to make fun of Suge Knight, Hammer quickly pointed that Suge defied the odds and built a $250 Million company in the hood, and not to denigrate him, especially in a discussion that was meant to celebrate hip hop.

It’s good to know that some people will not hesitate to stand for what’s right even if it means standing alone. Kudos to MC Hammer for speaking out. Here’s a gist of the discussion. Judge for yourself and leave comments below.

The classic clubhouse discussion between the “haves” and “have nots” peppered by stories of “we came from the bottom, now we on top” started with Silicon Valley royalty, Ben Horowitz discussing how he connected to hip hop music about the struggles because it resonated with him as an entrepreneur.

Horowitz dropped bars from Sucker M.C.’s (Krush‐Groove 1) by Run-D.M.C. particularly noting that the words “I’m light skinned, I live in Queens And I love eatin chicken and collard greens” particularly shaped his view of entrepreneurship, because it epitomized defiance, and the courage to not care what others think of you.

The conversation continued, at one point, someone indicated how people who do not know any black folks often judge them by what they hear in hip hop songs.

Terry Crews spoke in agreement of this sentiment citing how Suge Knight had taken over his 40th birthday party.

Terry Crews started “I’m in LA and I had this party. Everybody was there. Eva Longoria, Michael Strahan, all of these great people and Suge Knight showed up… and they were like aye man Suge is at the door, what do you wanna do?

I was like let him in, let him in, because first of all you do not want to tell this man no. He came into the party and ran it down. Literally it wasn’t my party anymore, it was his party. They mad dogged everyone in the place…..” Terry continued the discussion.

Felicia Horowitz quipped “Dude I could have told you that was going to happen.” Laughter started to fill the room, with Terry Crews continuing his denigration of Suge Knight.

It was at this point that MC Hammer interjected. “hey hey Terry Terry hold on. On a very personal level. I can’t… I know Suge on a different level. I will never be silent while the whole narrative is gon be how bad Suge was, because there’s a lot of good Suge did as well.

And there’s a whole story that needs to be told about a young man who ends up with a $250 Million company in LA, the gang capital of the world, and the skill set that’s necessary to not just navigate business, but to navigate the streets and surviving.

How like right now, I see a lot of people folding just from social media, folding their tent up because they cant handle counter culture. Imagine having to interact with Crips, Bloods, and all of them on a day to day basis,

when everybody in there knows you’ve got $250 million and you are the man that can fulfil my dreams, but if you don’t then I got these AK47s and Uzzis waiting for you down the streets.

So you need to keep that in mind that those are all the elements that Suge as a young man dealt with. But yes he was aggressive, yes he made mistakes but he also had to figure out how to survive the very world these people are talking about.

“I drew influence from Hip Hop” “Hip Hop made me fell…” Well Hip Hop wasn’t a game. From the consumer side, it was exciting, then you could just turn it off. But when you’re really in it and you’re living it; it was not a game.

Hip hop is not only what comes from the imagination of Hollywood’s interpretation, but hip hop is really based on the streets.

You are dealing with real street people who may or may not have acquired the skillset necessary to go to a party and be the most eloquent person at the party. That just comes with it.

Any way am just throwing that out because for me, it’s from a personal experience and personal relationship.”

Here’s a case where we had someone in the room of influential people to give the narrative context; but imagine all the years where the narrative is left unchecked.

We are left to forget the historical context that has resulted in the in balances in the world today.

All too often in discussions of “black peoples”, the narrative unfairly starts in the middle of the sentence.

Africa and its people’s history are fraught with those who omit the origins of the the strife, forgetting that it didn’t start with slavery but rather with kings and Queens who were forced and stolen in to slavery.