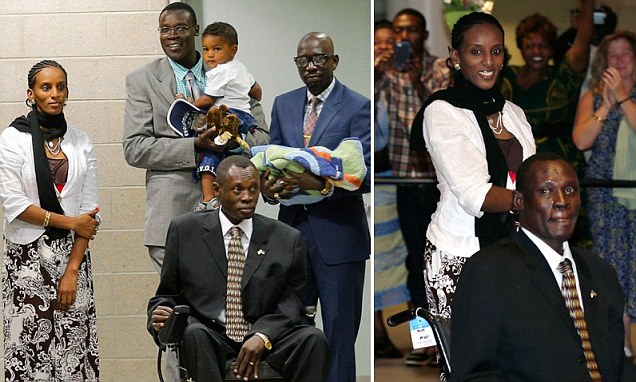 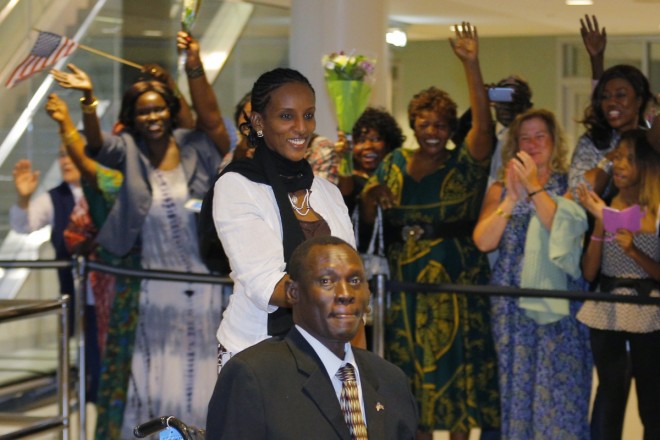 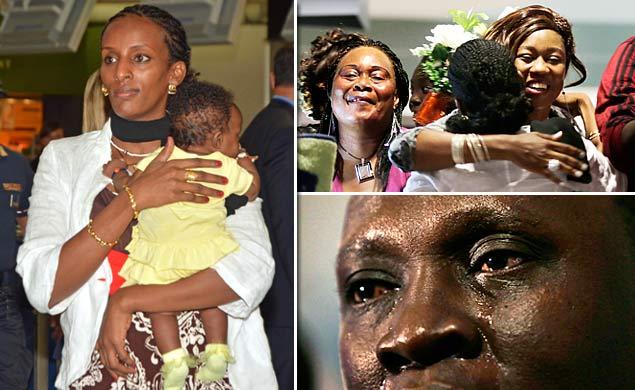 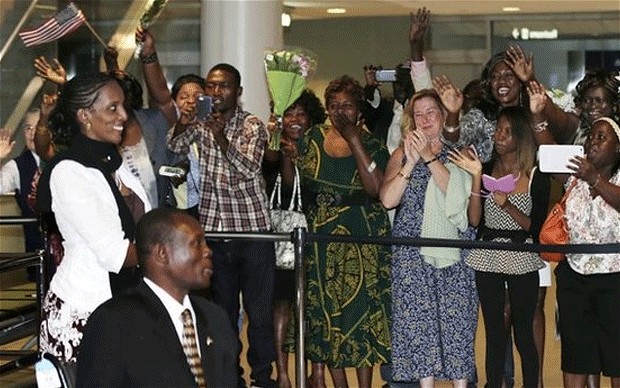 Meriam Yahia Ibrahim Ishag had been sentenced to death for renouncing Islam but was acquitted after international pressure on the court in Khartoum.

The family flew first into the city of Philadelphia, where she was welcomed by the mayor as a “world freedom fighter” and presented with a model of the Liberty Bell, a symbol of US independence.

The 26-year-old, her two infant children and her US-citizen husband Daniel Wani later continued on to New Hampshire, where Mr Wani has family.

After leaving Sudan the family had spent eight days in Rome, where Ms Ishag said she “learned how to live again”.

The White House last week said it was delighted at Ms Ishag’s release and looked forward to welcoming her to the United States.

Daniel Wani, her husband, briefly thanked New Hampshire’s Sudanese community on his family’s behalf and said he appreciated the outpouring of support.

“I can’t describe the feeling,” said Wani. “We are so tired. The ordeal is over.”

Ibrahim, 27, smiled and waved to the crowd of about three dozen supporters, but she did not speak publicly, the Reuters news agency reported.

Ibrahim had been sentenced to death over charges of apostasy, the abandonment of a religion. Her father was Muslim, and her mother was an Orthodox Christian.

She married Wani, a Christian from southern Sudan, in 2011. By law, children must follow their fathers’ religions.

Sudan initially blocked Ibrahim from leaving the country despite its highest court overturning her death sentence in June.

The family took refuge at the US embassy in Khartoum.

There are about 500 Sudanese living in Manchester, a city of 110,000 residents north of Boston, the AP news agency reported.

Wani, who previously lived in New Hampshire, had been granted US citizenship when he fled to the country as a child to escape civil war, but he later returned and was a citizen of South Sudan.