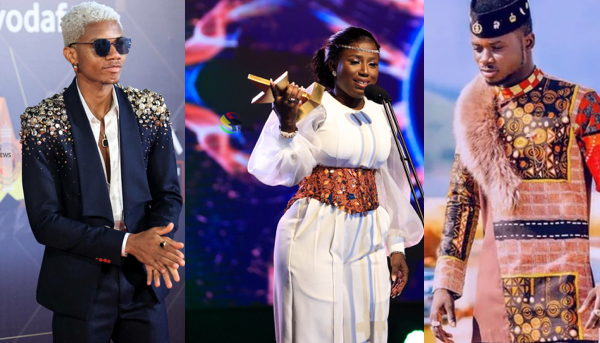 It’s been an exhilarating and entertaining weekend in Ghana and the African continent on the account of Ghana’s biggest music festival, under the auspices of Vodafone telecommunications network and charterhouse.

This year’s celebration unlike last year was celebrated with live audience and performances from the incredible talents emerging from Ghana and making waves across the globe.

Held at the Accra international conference Centre and the new Dome, the 22nd edition of the annual music festival ended successfully with the major prize presented to Ghanaian gospel singer, Diana Hamilton who was nominated along with well celebrated artist like Sarkodie, Kidi, Kuami Eugene, Adina and Medikal. She also won three awards making a total of four.

This year’s VGMA saw a lot of entertainers and influencers excitingly flaunting their fashionable outfits on the red-carpet session. Others advertised their designers and expressed their expectations and those they were rooting for on the awards night.

The first night was hosted by TV3’s Giovanni Caleb and AJ Sarpong who were looking exquisite in their outfit. With electrifying live band performances from legendary rapper Okyeame Kwame and singer, Bob Pinodo who was also honoured the lifetime achievement award.

Castro was honoured with his music performed on stage as well as paying tribute to Ghana’s well celebrated icons including  actor Bernard Nyarko and celebrity photographer Bob Pixel who passed on last year.

It was indeed a night of honouring the creative industry and the remarkable skills exhibited by musicians in the country. Nonetheless some artistes were captured in most of the award categories as they obtained more than five nominations each.

Below is the list of the winners of the various awards categories.