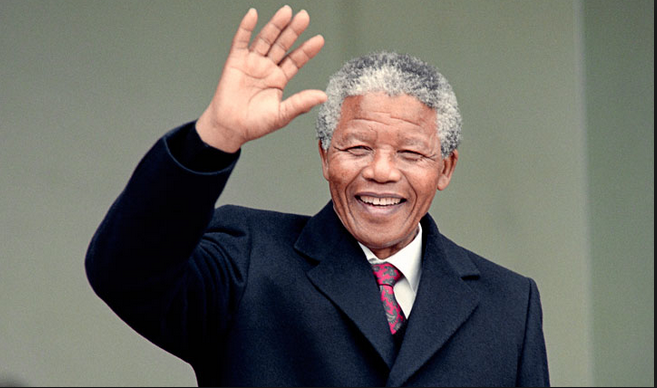 ‘When an elder dies a village loses its library’ – African Proverb

Today would have been Nelson Mandela his 100th birthday!

Nelson Rolihlahla Mandela was born into the Madiba clan in the village of Mvezo, Transkei. Nelson Mandela  was born on 18 July 1918, he would have been a year older today!

His father, Henry Mgadla Mandela, was chief councillor to Thembuland’s acting paramount chief David Dalindyebo. When his father died, Mandela became the chief’s ward and was groomed for the chieftainship.

Mandela matriculated at Healdtown Methodist Boarding School and then started a BA degree at Fort Hare. As an SRC member he participated in a student strike and was expelled, along with the late Oliver Tambo, in 1940. He completed his degree by correspondence from Johannesburg, did articles of clerkship and enrolled for an LLB at the University of the Witwatersrand.

In 1944 he helped found the ANC Youth League, whose Programme of Action was adopted by the ANC in 1949.

Mandela was elected national volunteer-in-chief of the 1952 Defiance Campaign. He travelled the country organising resistance to discriminatory legislation.

He was given a suspended sentence for his part in the campaign. Shortly afterwards a banning order confined him to Johannesburg for six months. During this period he formulated the “M Plan”, in terms of which ANC branches were broken down into underground cells.

By 1952 Mandela and Tambo had opened the first black legal firm in the country, and Mandela was both Transvaal president of the ANC and deputy national president.

A petition by the Transvaal Law Society to strike Mandela off the roll of attorneys was refused by the Supreme Court.

In the ‘fifties, after being forced through constant bannings to resign officially from the ANC, Mandela analysed the Bantustan policy as a political swindle. He predicted mass removals, political persecutions and police terror.

For the second half of the ‘fifties, he was one of the accused in the Treason Trial. With Duma Nokwe, he conducted the defence.

When the ANC was banned after the Sharpeville massacre in 1960, he was detained until 1961 when he went underground to lead a campaign for a new national convention….

In 1962 Mandela left the country for military training in Algeria and to arrange training for other MK members.

On his return he was arrested for leaving the country illegally and for incitement to strike. He conducted his own defence. He was convicted and jailed for five years in November 1962. While serving his sentence, he was charged, in the Rivonia trial, with sabotage and sentenced to life imprisonment.

A decade before being imprisoned, Mandela had spoken out against the introduction of Bantu Education, recommending that community activists “make every home, every shack or rickety structure a centre of learning”.

Robben Island, where he was imprisoned, became a centre for learning, and Mandela was a central figure in the organised political education classes.

During the ‘seventies he refused the offer of a remission of sentence if he recognised Transkei and settled there.

In the ‘eighties he again rejected PW Botha’s offer of freedom if he renounced violence.

It is significant that shortly after his release on Sunday 11 February 1990, Mandela and his delegation agreed to the suspension of armed struggle.

Mandela has been awarded honorary degrees from more than 50 international universities and is chancellor of the University of the North.

Nelson Mandela retired from Public life in June 1999. He died on 5 December 2013 at his home in Houghton..